My People Will Rise Up (Like a Thunderbird From the Sea) 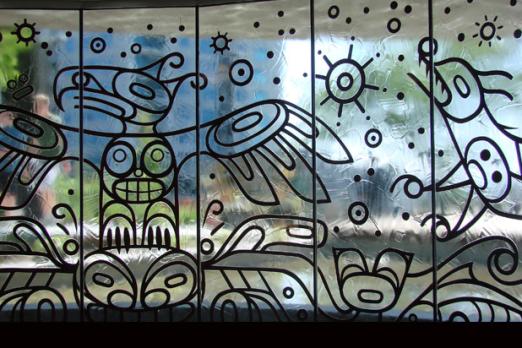 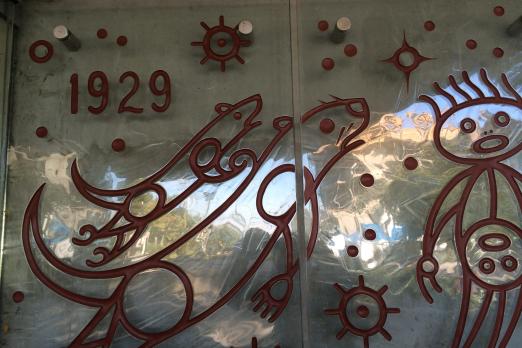 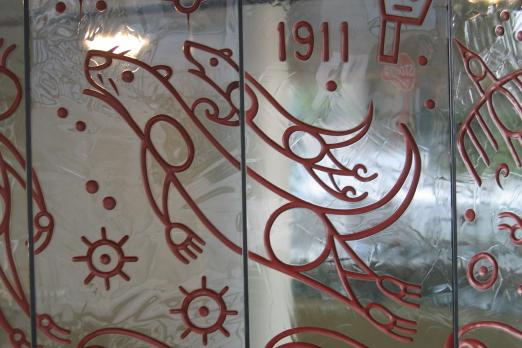 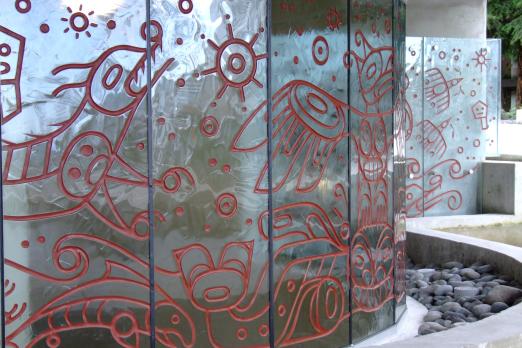 This carved glass mural is inspired by Chief Dan George’s words spoken on the 100 year Centennial of Canada in 1967. The words are brought to life using imagery inspired by the petroglyphs found up and down the west coast that are markers of ancient aboriginal presence. Petroglyphs served to record significant events and identify places of spiritual and material importance. For example, 1911 was the date that sea otters reached their lowest population point, almost reaching extinction due to the lucrative fur trade that came to BC from Europe.  And 1929 was the date that BC First Nations reached their lowest population due mainly to epidemics brought by the European traders. Dates are included to signify when the population started to recover, signifying survival, revitalization and hope for the future.

About the Artist:
Marianne Nicolson is a Dzawada’enuxw (Kwakwaka’wakw) artist based in Victoria, BC. She holds a BFA from Emily Carr Institute of Art and Design and a MFA in Visual Art from the University of Victoria. She works in a variety of media to express Kwakwaka’wakw concepts, both in traditional forms and in mixed media works and installations meant for public spaces and art institutions. Her work has been shown both nationally and internationally.