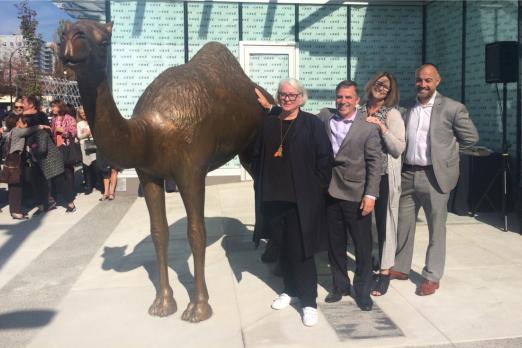 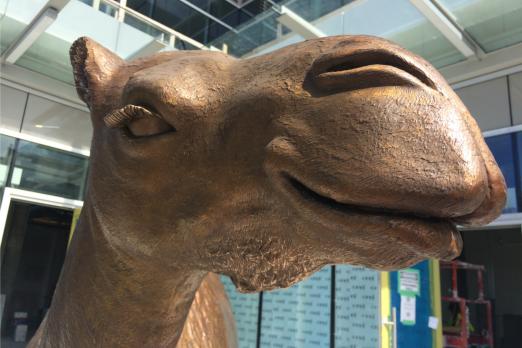 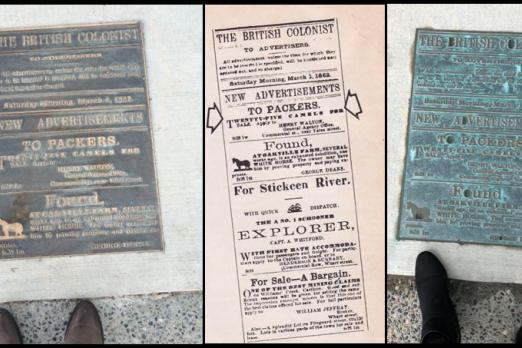 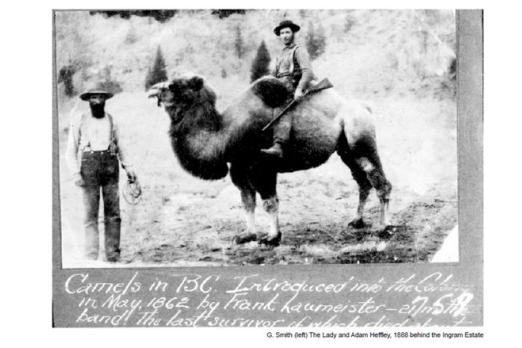 The Lady is a life sized, artistic impression of a camel that draws on the tradition of the equestrian monument.  By replacing the horse and its majestic beauty with the unusual appearance of the camel, the art work challenges conventional representations of beauty and heroism. It also redefines the landscape of the Pacific Northwest and is a monument to a time when camels once ran feral in BC.  To help convey the story, the artist has installed an enlarged bronze replica of the actual advertisement that ran in the March 1, 1862 edition of the local British Colonist newspaper, announcing the sale of twenty-five camels at low prices, to use as pack animals on the Gold Rush routes.  As history has it, the camels proved completely unsuitable and were put out to pasture where some managed to escape into the wilds.

The Lady pays homage to the last known surviving captive camel in BC, who died in 1896 and while the original camels were of the two hump variety, MacLeod has exercised her artistic license to reimagine The Lady as a one humped camel or dromedary.  With its layers of meaning, The Lady is a work of art.

About the Artist:
Vancouver-based Myfanwy MacLeod has exhibited in Canada, the United States and Europe.  She has work in public and private collections, including at the National Art Gallery of Canada, and Vancouver Art Gallery.  The Centerview sculpture will be MacLeod’s third public art installation.  Her first major public art commission, The Birds is situated in Olympic Village plaza, followed by  Playtime , co-created with Shannon Oksanen for  BC Women's and Children's Hospital.