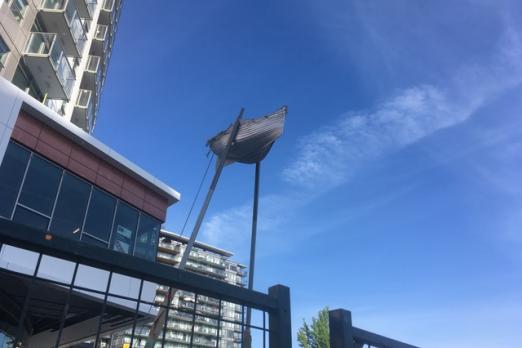 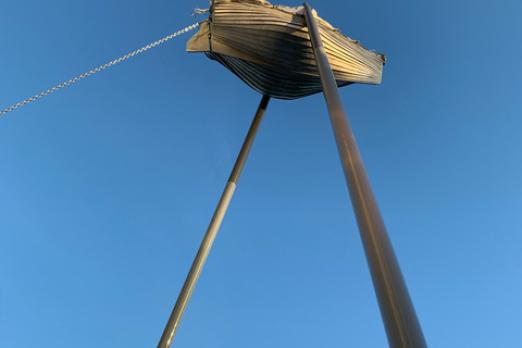 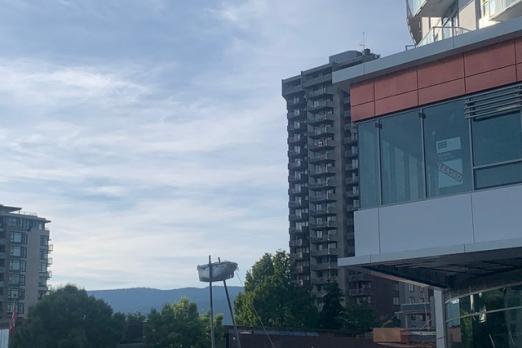 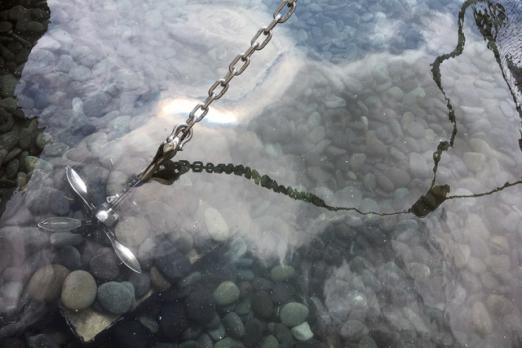 This artwork depicts a rowboat as its central motif. Raised on greatly elongated oars, it “floats” high above the heads of people in the plaza.  A structure that is equal parts whimsey and reason, with a geometry that seemingly defies gravity.

Boats and harbours occupy a near-universal place in our imagination. As deeply human metaphors they evolve notions of journey, shelter, hope, and endurance. A simple row boat can carry within it the whole weight of human endeavour; a carefully crafted object setting out into the unknowable mystery of a natural world, the burden of potential held afloat with resilient confidence and endless curiosity.

About the Artist:
Muskull Lasserre (born Calgary, 1978) spent his formative years in South Africa b efore returning to Canada. He holds a BFA in Visual Art and Philosophy from Mount Allison University (NB), and an MFA in Studio Art from Concordia University (QC).   His work has been exhibited at Banksy’s Dismaland, and at the Museum of Art & Design in New York.  He has held visiting artist positions at the Broad Institute of MIT and Harvard. His work appears on Canadian numismatic coinage and is represented in collections in Canada, the US and Europe including those of the Montreal Museum of Fine Art, the Musee National de Beaux-arts du Quebec and the Canadian War Museum.  He has completed several public art commissions and taught sessionally at Concordia, York and Emily Carr Universities.