North Vancouver, BC - North Vancouver’s Aron Pilbart aged 12, was recently awarded the Best Performance & Sportsmanship Award by the North Vancouver Tennis Centre and an annual training grant for the best up and coming player by the Seniors Tennis Association of the North Shore (STANS).

Each year, the North Vancouver Tennis Centre gives out the John Williams Performance & Sportsmanship Award to the player who has the best performance and represents the centre with good sportsmanship. The award is named after one of the original Tennis Society board members, John Williams, who was instrumental in building community support for the public tennis facility.  Aron was selected by the Seniors Tennis Association of the North Shore (STANS) and the North Vancouver Tennis Centre’s coaching staff as the stand-out nominee for both awards.

Aron is a player with the North Vancouver Tennis Centre’s Performance Academy and recently came third at the Under 12 National Championships.   This summer, Aron is travelling to Austria with the Tennis Canada Under 12 team for three weeks to play a series of European junior events.  When asked about tennis and his current accomplishments, Aron said, “I am just all smiles and I feel that I am in seventh heaven. I work hard and I am improving every day. And most importantly, my love for tennis has no boundaries.”

This fall, Aron will enter Grade 7 at St. Edmunds School. He loves everything that involves competition including a range of sports and he also plays the piano.

Aron and his family moved to North Vancouver from Penticton in Fall 2015 to pursue more opportunities and an improved tennis training environment with professional coaching.   Aron’s found the right tennis home at the North Vancouver Tennis Centre which is operated by the North Vancouver Recreation & Culture Commission and is also an official Tennis Canada Tennis Development Centre.  The centre has attracted an outstanding roster of coaches who together have created one of the best development programs in Canada. 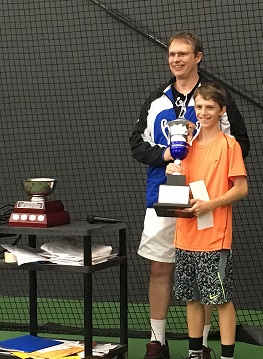 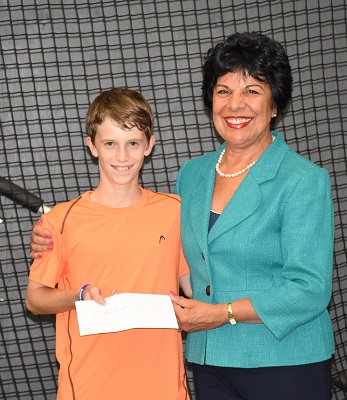